What is temporarily delaying the massive development of the Industrial Internet of Things (IIoT)?

Many observers, even some actors in the digitalization and/or transformation of the Industry 4.0 are somewhat questioning about the difficulty, particularly in the industrial IoT sector, of deploying significant volumes consistent with the forecasts of Gartner and other Roland Berger on the masterful potential of the IoT.

There are objective reasons for this temporary delay in deployment. We are going to develop two of them, that we think are major: 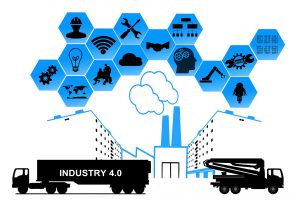 IIoT creates its market around new value creations that generally have as their scope the core business of customers. There are many examples: embedding data on connected drums, on IBCs/handling equipment, modify the business model of project leaders. The scope of action of the Industrial Internet of Things (IIoT) is the customer’s business. It is both its strength and its weakness

Because if we prove that, through POCs first deployments, our customers’ business is durably enriched, the adoption of these new technologies goes from the “nice to have” to the “must to have” stage and definitively redefines the scope of the business. This is what we have done with cable drums and other assets such as handling equipment, waste bins, connected craddles (used to carry motorcycles).

This is the future of IIoT : a virtuous change in the business. Not at the margin, in depth. And in this case, the future is more than promising!

decision-making in large organizations is by nature difficult in professions where the Business Model has been fixed for several decades, even several centuries… Even if we are approaching a “must to have”, changing our ways of thinking to the point of selling data when our revenues until now come exclusively from the sale of products, is not an easy task. And betting on the status quo in some key accounts (or SMEs) is less hypothetical than on the rapid implementation of change…

2 – Ploughing the value in surface is not sufficient

We dreamt up IIoT in the years 2014/2017: we believed that with 40 million of standard devices from China or Thailand, the business problems would all be solved! This is obviously not true! Pushed, it must be said, by some connectivity providers who launched the idea that the device would quickly become a commodity acquired in very large volumes, the actors of the IIot in Europe have often ignored the analysis of business issues! Similar to telephone subscription vendors, they considered that a GPS tracker, combined with a 3D Accelerometer, would be sufficient to meet all needs.

As a result, deployments are delayed because the business lines do not find the answer to the true value they are entitled to expect!

The Industrial Internet of Things (IIoT) market is in fact very fragmented: it must be organized by business-verticals both in terms of the value produced and its cost. We cannot provide the same service to the Aeronautic and the Retail sector: not the same sophistication, not the same volumes, not the same acceptable costs… and yet we are still talking about a base for geolocation of indoor or outdoor assets…
This implies going through a precise needs’ analysis phase, and above all adapting the device/data platform pair to the vertical-business concerned, even if it means adding specific functions:

Calculation of the residual cable length,

washing time of a plastic container in Cosmetics and Pharmacy,

It is for these reasons that ffly4u invented the Edge AI Low Power, through Artificial Intelligence and Machine Learning technologies embedded in the device… To stick as closely as possible to business needs and reduce the time of adoption of these new valuable parts.

And it works!
Have a good week.
Let’s ffly4u!

Industrial IoT Asset tracking: what about talking about the client’s business?

Whatever the type of technological services involved, it is always difficult to avoid the pleasure of explaining the “how”!

We always tend to talk more about technology, rather than the customer’s need or job. It’s in the DNA of the “engineer’s companies”! Especially in France, where culture is more “technological” than “market”. This is less the case in our Anglo-Saxon neighbours.

The field of industrial IoT, particularly in its asset-tracking component, is no exception.

Just look at the literature on the subject, both on social networks and on print, everyone is very happy to delight their interlocutors with more or less abstruse technical terms. We are entitled to wonder what our prospects really get out of all these details about the technical choices of our systems.

There are at least 3 reasons why our industry should focus on the “why” rather than the “how”:

In fact, it is necessary to balance integration and specialization. This can be the beginning of defining a good strategic positioning in our sector.

Have a good weekend.